Invasive species: A species of plant or animal that is not native to an area and that has a harmful effect on the environment or on native species.

Many non-native animals and some aquatic plants that are becoming a nuisance in Florida were introduced into our environment as pets or aquarium plants that either escaped or were released into natural areas.

The Asian green mussel, Perna viridis, is closely related to the New Zealand green mussel which is imported to the US as a food item.  Asian green mussels are thought to have been introduced to Florida through shipping activities (in the ballast tank of ships).  They were first reported in Tampa Bay in 1999; by 2002 they had spread to NE Florida and SE Georgia.  In June, 2004, hundreds of green mussels were found growing on boulders on both the north and south sides of the St. Augustine Inlet.  By 2007, the mussels had spread as far north as South Carolina and south into the Indian River Lagoon.  A second mussel, the Charrua mussel, Mytella charruana, has been found in Jacksonville, FL and Savannah, GA in large numbers. To read more about green mussels, click here.

Large pink acorn barnacles, native to the eastern Pacific Ocean have begun to appear along the Atlantic coast of Florida, primarily on boats in the St Augustine area.  These barnacles are a potential fouling and environmental hazard.

A study released in 2004 revealed the presence of 16 different species of Pacific Ocean fish on reefs in the western Atlantic Ocean.  These fish are thought to have been released into the Atlantic by aquarium owners, as all 16 species are common to the saltwater aquarium trade.  The most abundant fish in the group is the lionfish.

Lionfish have been reported from waters off Florida's coast since at least the 1980's.  They are now established throughout western portions of the North Atlantic Ocean. Since about 2005, lionfish spread rapidly through the Caribbean and into the Gulf of Mexico. Their northern range expansion seems to be limited by temperature--established populations are found as far north as North Carolina and Bermuda. Occasional lionfish are reported from New England, but they are not believed to survive the winter months in that region. Lionfish have been spotted off the Bahamas at a depth of 1000 feet.

Listen to Maia McGuire speaking about lionfish on NPR's Science Friday (Nov 11, 2016) at this link.

Aquarium owners are reminded to NEVER release plants and animals that have been purchased at a pet store into the environment.  These plants and animals are likely not native to the area.  If they survive, they may begin to take over from native plants and animals, sometimes replacing native species.  One example of this is hydrilla, which used to be a popular freshwater aquarium plant. From 2008-2015, the state of Florida spent about $66 million trying to control this plant in freshwater lakes and ponds. 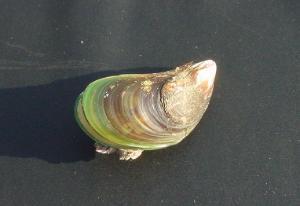 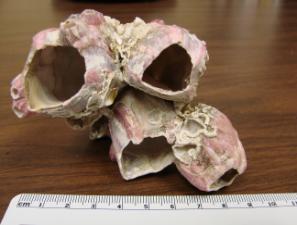 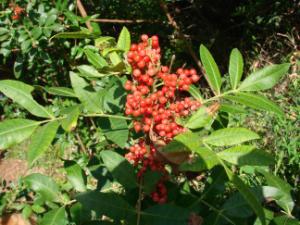