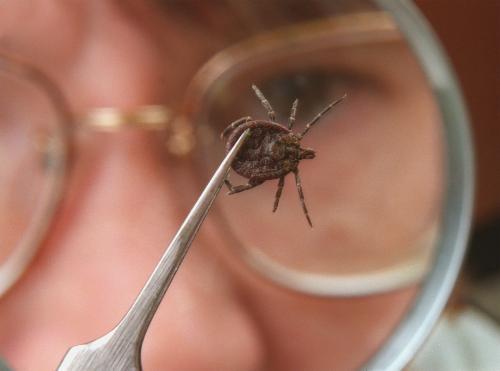 Ticks can be found throughout the year in Florida, but there are seasonal differences in the abundance of nymphs and adults. Ticks in either stage can transmit any diseases they carry, so quick removal of ticks and prevention of tick bites are both important. There can be an increased risk of disease from nymphs because they are often small enough to avoid being noticed. 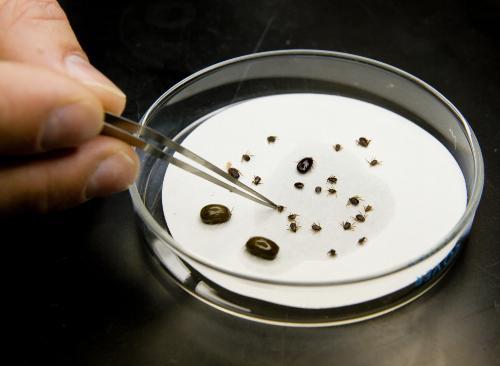 The brown dog tick feeds mainly on dogs and is usually found in areas where dogs frequent. The Centers for Disease Control and Prevention (CDC) has recently identified the brown dog tick as a vector for Rocky Mountain spotted fever (RMSF) in the southwestern United States and along the Mexican border.

American dog ticks are usually found on dogs, but they will also attach to other mammals and humans. Unlike the brown tick, it is typically an outdoor tick, not a household pest. This tick can carry RMSF.

Nymphs feed on rodents, but adults will attach to humans. Adults are abundant from March through September.

American dog ticks can also cause paralysis in dogs and children when the ticks attach to the base of the skull or the spinal column. Paralysis is caused by a toxic secretion. Recovery usually occurs within 24 hours of removing the tick.

The lone star is the most common human-biting tick in Florida and easily recognizable. Females have a light-colored dot on their back. Lone star ticks carry and transmit ehrlichiosis and southern tick-associated rash illness (STARI).

Nymphs occur between February and October; adults occur April through August with a peak in July.

This tick is prevalent in southeastern states. It looks similar to the American dog tick but has larger mouthparts. Gulf Coast ticks transmit a less severe RMSF relative, Rickettsia parkeri.

Nymphs are found in early spring (January to March), and adults from March through September. Adults are commonly found on the ears of large mammals, such as cattle.

Nymphs are found April through August. Adults are common throughout the winter (September through May). 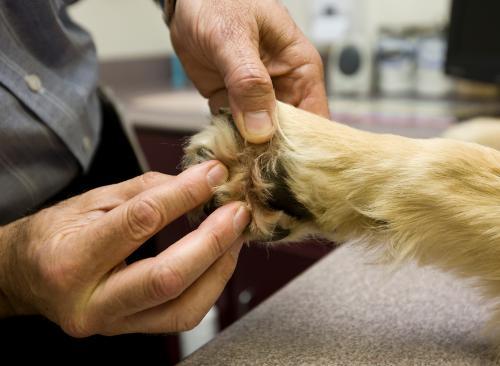 Ticks must feed for several hours to transmit disease organisms, so quick identification and removal help reduce tick-borne disease. To remove a tick, grasp it on its mouthparts with tweezers and pull it straight out with firm pressure.

To avoid tick bites and diseases: 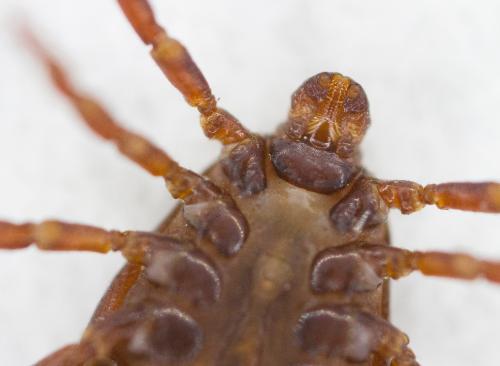 Several tick diseases are present in Florida, and others can be contracted during travel.

If you are bitten by a tick and become ill, contact your physician. Depending on the disease and individual reactions, it may take several weeks for symptoms to appear.

The Gulf Coast tick transmits Rickettsia parkeri, a RMSF relative; the lone star tick may be another vector. R. parkeri may be misdiagnosed as RMSF. Unlike RMSF, R. parkeri will cause the bite site to resemble a sore or pimple.

STARI is a Lyme-like disease transmitted by the lone star tick. STARI differs from Lyme disease in that chronic symptoms (e.g., arthritis, neurological symptoms) likely do not occur.

Lyme DiseaseFewer cases of lyme disease occur in Florida than in the northeastern US. In 2010, 56 confirmed cases were reported in Florida, compared with 4000+ in many northeastern states (CDC statistics). This is mainly attributed to two factors:

Ehrlichiosis (HME) and anaplasmosis (HGA) are transmitted by the lone star tick and black-legged tick, respectively. Most HGA cases are acquired outside of Florida. These diseases are difficult to diagnose because the symptoms are similar to other diseases.

Babesiosis is not considered a significant issue in Florida and the disease is not currently reportable. It is transmitted by black-legged ticks. Infections are thought to be asymptomatic. Those who do get symptoms experience fever, headache, and muscle weakness.