Hanging off trees and landscape plants, Spanish moss is a familiar part of Florida’s environment. Despite its name, Spanish moss is not a moss but a bromeliad—a perennial herb in the pineapple family.

Most bromeliads, including Spanish moss, are epiphytes. Epiphytes grow on other plants, but do not rely on them for nutrients. They take nutrients from the air and debris that collects on the plant. Spanish moss has permeable scales that “catch” moisture and nutrients. 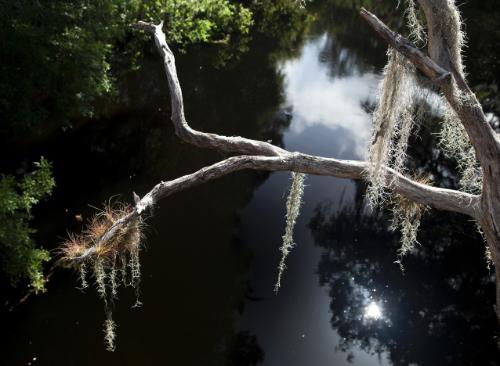 Spanish moss prefers moist environments, but its ability to trap water lets it survive dry periods. The plant can also go dormant until moisture conditions improveSpanish moss does not have any roots. It attaches to substrates by wrapping its stems around a surface. Also, it does not need roots for water and nutrient uptake, since all parts of Spanish moss have that ability.Spanish moss is commonly found on oak and cypress trees, but can grow on other plants as well. 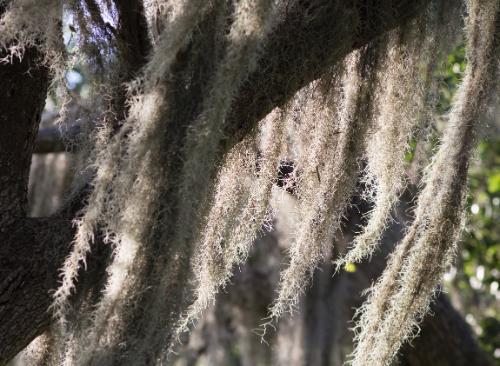 Many homeowners think that Spanish moss kills their trees. This is not the case because the moss is not parasitic. The only thing Spanish moss uses trees for is support.

If you observe tree decline after heavy infestations of Spanish moss, the trees are usually declining because of a different factor. In fact, tree decline can cause Spanish moss growth as the canopy thins and lets in more sunlight for the moss to grow.

Heavy moss on a tree can shade leaves and slow growth, but healthy trees will grow faster than the moss. Be aware that the moss can also weigh down and sometimes break branches.

If you want to remove Spanish moss, have an arborist remove it by hand. However, it will grow back after a while. 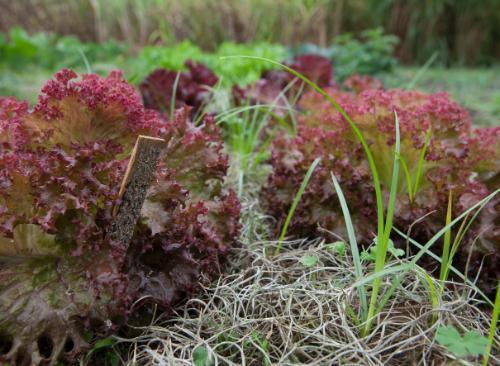 Spanish moss used to be harvested for stuffing material in automobile seats, furniture, mattresses, and even insulation in homes. Today it is sometimes used for stuffing or packing material, but it is more widely used for floral arrangements and mulch.

Songbirds build nests with the moss, and many other species use moss clumps for shelter, including bats, reptiles, and amphibians.

Be aware that chiggers are common in Spanish moss and may cause a rash on the skin if the moss is handled.