By definition, invasive species are organisms that do not naturally occur in a specified geographic area, have been introduced intentionally or unintentionally by humans, and either do or could harm the environment, economy, or human health. Invasive species threaten Florida's wildlife, crops, natural areas and even people. Native species, in contrast, are those that evolved over time in a specified area. Native species have co-evolved with other organisms in a geographic area, forming a balanced and diverse ecosystem.

Florida has a unique mix that leaves the state vulnerable to invasive species: more than 35 international ports of entry and an annual influx of nearly 120 million tourists each year, markets for the non-native animal and nursery trades, and a subtropical climate with elongated growing seasons and few freezes. And the resultant list of invasive species runs accordingly long: from Australian pines to water hyacinth, apple snails to lionfish, Africanized honey bees to pythons, iguanas, tegus and more.

The cost to control just invasive plants in Florida's natural areas and waterways alone runs to $30 million annually. And, while experts have labeled as invasive just 4 percent of plant species found in Florida, those species account for 33 percent of the state's total plant biomass, threatening biodiversity.

Nationally, more than 50,000 non-native plant and animal species have already taken hold in the United States in the last 100 years, according to studies. About one in seven of those species have become invasive, directly or indirectly impacting almost half of the nation’s threatened and endangered species, and with damage and control costs estimated at more than $21 billion annually.

Click on an image or title in the photo grid (below) to open that item with a list of on-demand webinars, blogs, and other information for that invasive species topic (or, view all items). Learn about the identification, adaptations, impacts, and controls for these groups of invasives, and how you can help protect Florida's ecosystems. We hope you find this information helpful as you continue to enjoy our natural resources!

Invasive Plants in the Landscape (Parts 1 and 2) 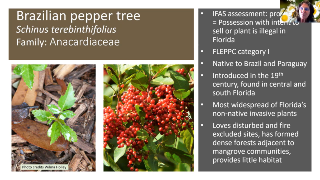 Video: Invasive Plants Near You (Part 1 of 2) 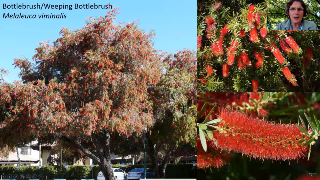 Video: Invasive Plants Near You (Part 2 of 2)
Resource(s):
General
Return to top
…view this item… 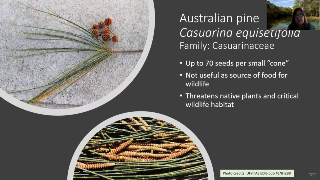 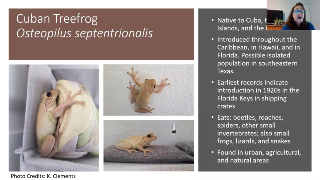 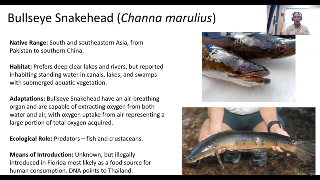 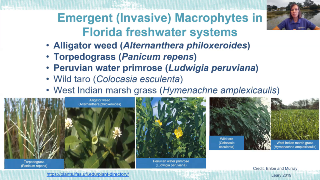 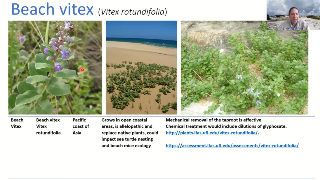 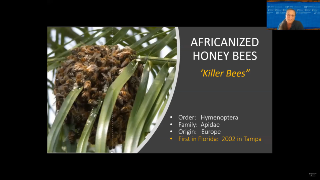 How YOU Can Help!