Actinomycetes produce the grayish cobwebby growths throughout the compost that give a pleasing, earthy smell, like the forest floor. Actinomycetes usually colonize the compost after the thermophilic bacteria have been active.

Fungi are like simple plants that lack chlorophyll, the green pigment that allows most plants to convert sunlight into carbohydrate. Instead, most fungi obtain nutrients from dead plant matter. Therefore, Fungi are important decomposers in the natural world. Fungi are most active in the later stages of the compost pile, where they finish the decomposition of materials partially decomposed by bacteria.

Some common invertebrates that you might find in your compost include: sowbugs, spiders, earthworms, millipedes, and centipedes. When you see these "critters" in your compost, it is a good sign that the bacterial activity and temperatures in the pile are low. This may mean that the compost is ready for use, or it may also indicate that the compost pile is not decomposing properly and not becoming hot. 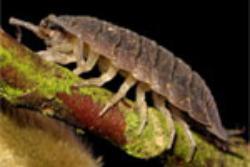 Sowbugs and pillbugs, sometimes called "rolly-pollies" because they roll up in a ball when touched, come to your pile after temperatures have lowered to the mesophilic range. They feed on woody materials that were not decomposed by others in the compost community. 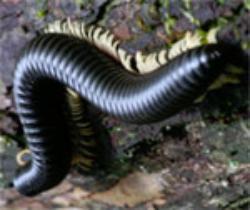 Millipedes have multiple body segments, each having two pairs of leg segments (except the front few segments which have one leg pair per segment). Millipedes help the compost process by feeding on dead plant matter.

Centipedes are multi-segmented invertebrates, with each body segment having one pair of legs. Centipedes feed on other invertebrates of many sizes, therefore centipedes do not directly assist in decomposing the plant material in compost. However, centipedes are part of the compost community and can coexist with the decomposers.

Spiders may be present in your compost, where they feed on invertebrates. Spiders help control garden pests.

Earthworms are gardener's dream workers because they perform many functions that produce excellent compost. Their primary activity is eating through organic matter, decomposing materials into rich castings that help the garden grow. Earthworms also move up and down in the soil and compost creating passageways for air and water. Furthermore, material that has passed through the earthworm, the castings, is higher in available nutrients. Hot temperature composting will kill earthworms.  Therefore, introduce earthworms to the composting system near the end of the process when the pile temperatures have stabilized.